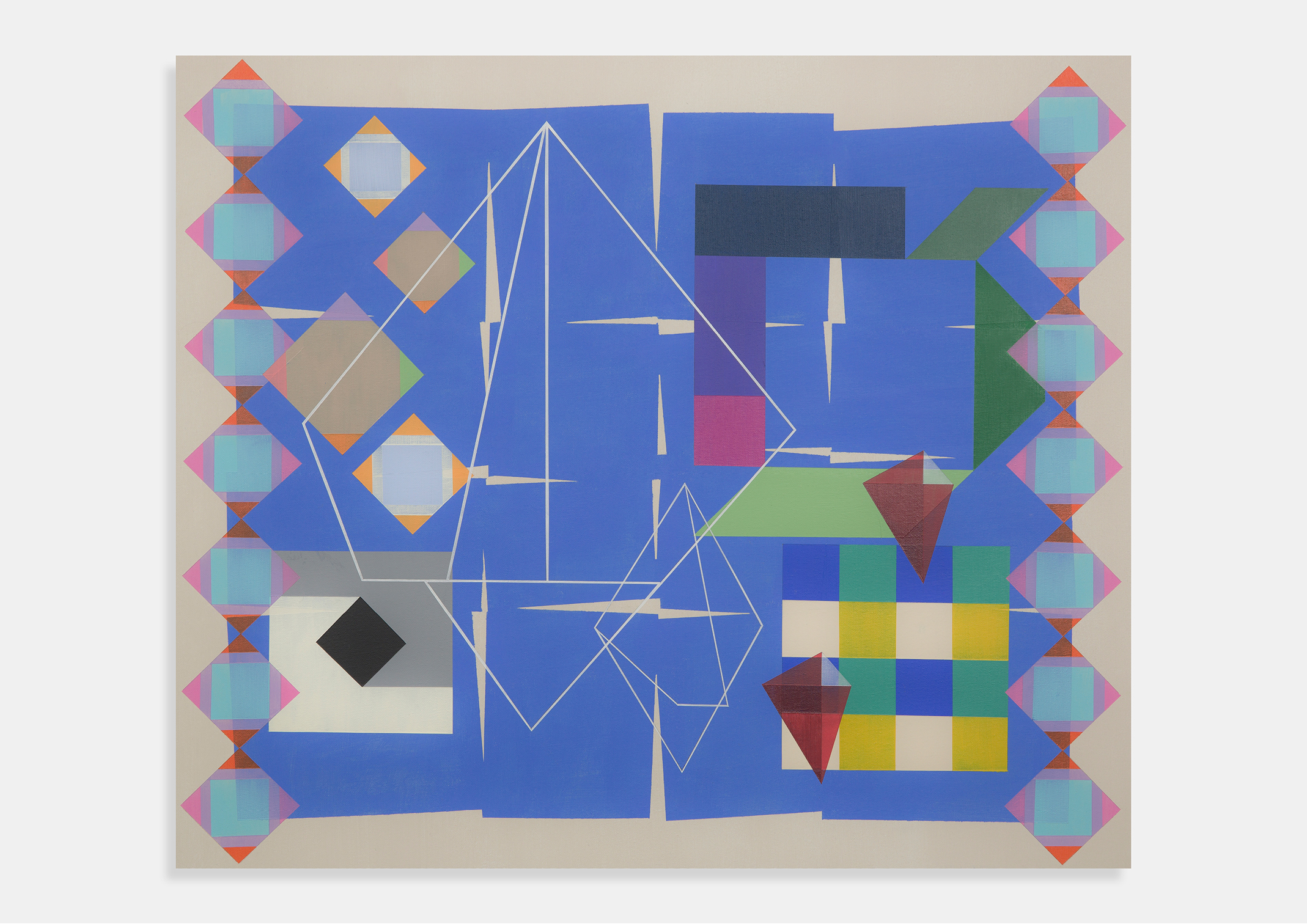 The visit of Max Bill is a series of appropriations. They are copies of iconographic paintings by Max Bill and by Brazilian artists produced during the Concrete Art period or influenced by it. The paintings fit together like a collage as the copies are placed side by side or sometimes one over the other. The process of copying is in part, to recognize the relevance of an object and to paraphrase the past: the birth of an artistic movement, its influences, its consequences and the desires of the artists who staged it.

Starting from the work of Max Bill, as the main influence of the transition period from Brazilian Figurativism to Abstractionism in the early 1950s, this series proposes a review on the impact of this German school in the Brazilian context. It aims to discuss the mystification of the European avant-garde, the copy of these models and the postcolonialism effect in the visual arts.