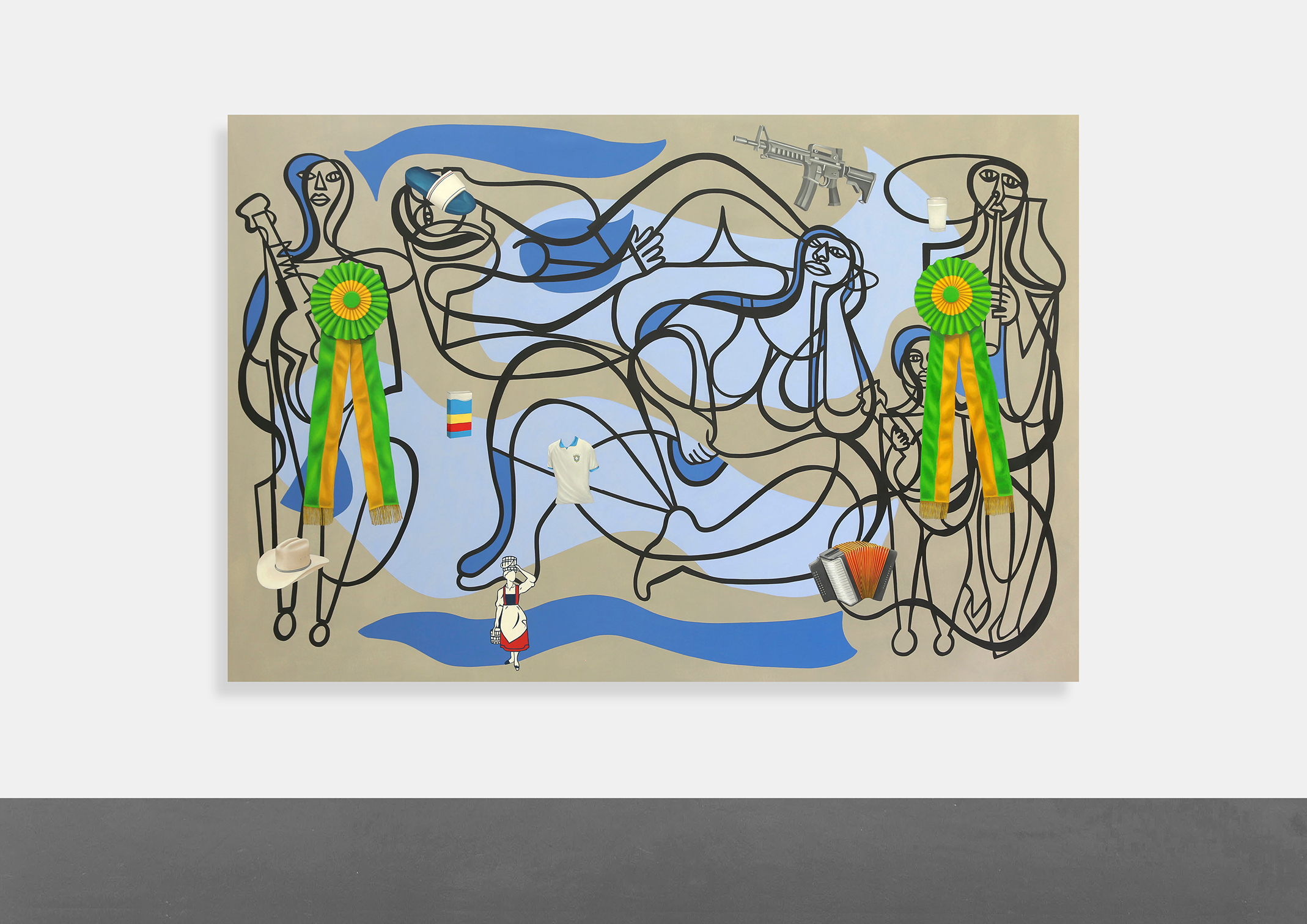 The Alvorada Palace’s library has 3,406 books, covering art, philosophy, politics, literature and history. Among other works of art and rare maps, the library has also a monumental tapestry by Emiliano Di Cavalcanti – one of the masterminds of modern Brazilian art.

It is in this environment that President Jair Bolsonaro performs on Thursday nights his traditional live broadcast on social networks – the Live from Bolsonaro.

Every seven days, the cast changes, but the script and tone vary little in essence. Tailored to fit the extreme right ideology, the live brings up the most genuine Bolsonaro. He talks about unproven Coronavirus treatments, defends the liberation of weapons, encourages misogyny, racism, homophobia, nationalism; and explores other themes typical of his repertoire. On average, the live reaches one million views on the internet.

Di Cavalcanti’s tapestry is, allegorically, an eyewitness to the president’s perversity.