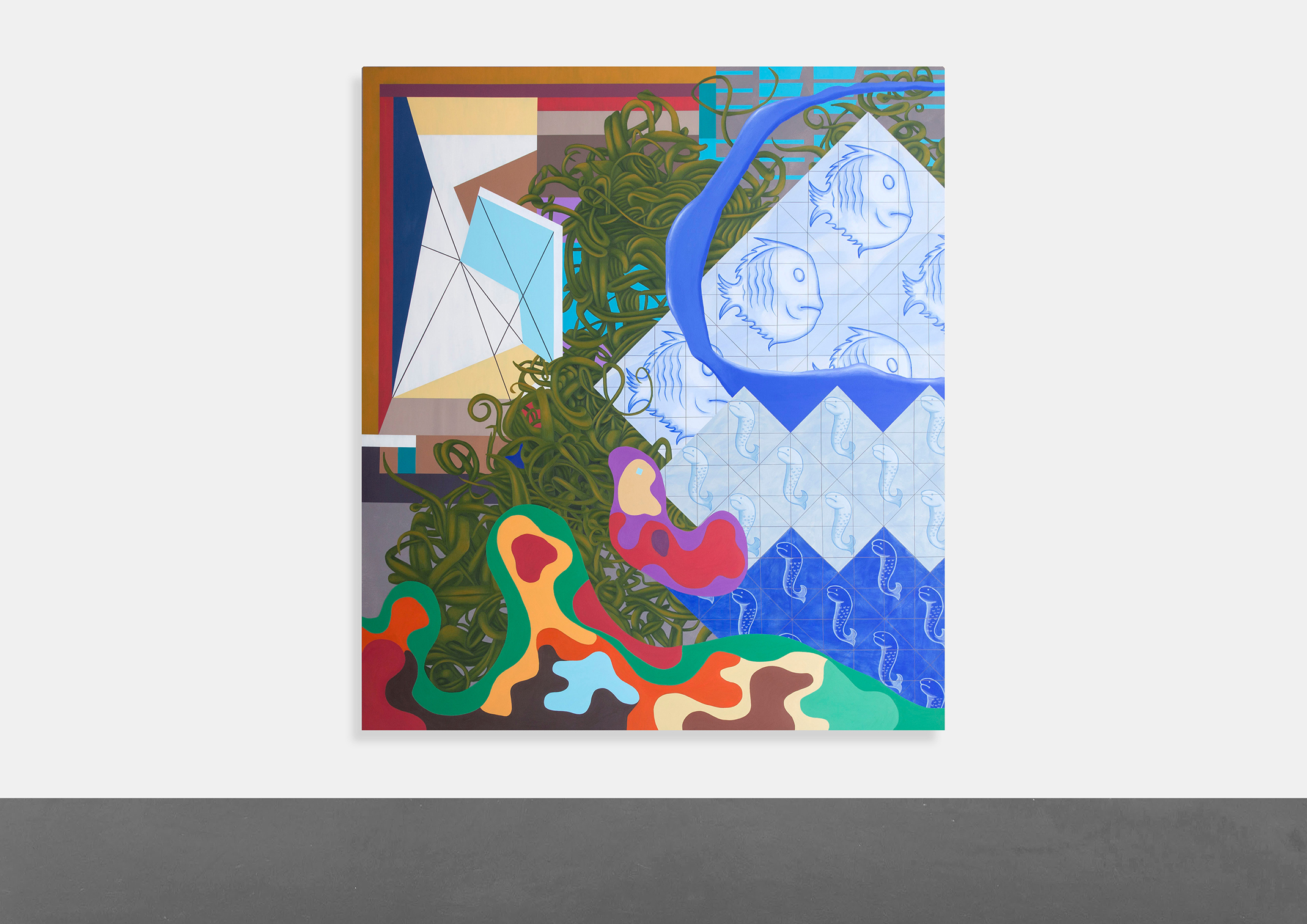 The idea for this painting arouse when I read about the discovery of a long-lost tile panel by Candido Portinari. According to the news, the panel was boxed since 1942 in the warehouse of the former Ministry of Education and Health building, in Rio de Janeiro.

The Ministry of Education and Health was created in 1930, under the government of Getúlio Vargas. For the headquarters, Education Minister Gustavo Capanema wanted an edifice that reflected a new cultural project, corresponding to Vargas’ desire to propagate progress and shape a compatible Brazilian nationality.

In 1936, Capanema called on architects and artists such as Lucio Costa, Oscar Niemeyer, Burle Marx, Candido Portinari, Bruno Giorgi, among others, to design the complex that is considered a landmark in Brazilian architecture. The team was tutored by the French-Swiss architect Le Corbusier, whose influence on the final project is obvious.

The Minister commissioned Portinari a series of tile panels. For the facades, Capanema approved marine motifs, such as starfishes, shells and fishes. During the installation of one of these panels, malicious notes in the press claimed that Portinari had recreated in the marine figures, the features of Capanema’s face. Capanema had the tiles removed from the wall and replaced by new ones. The press, under government censorship, did not report what happened. It is unclear whether Portinari intended to draw a caricature of the minister, or whether the resemblance was accidental.

The fish in my painting is an appropriation of the original design created by Portinari for the facade. In the painting, there are also references to the building’s constructive elements, such as the tape windows, the pilotis and the landscaping of Burle Marx, guidelines pointed out by Le Corbusier in his manifesto.

With the painting The fish-face incident I propose some reflections on these historical events, in current times: the relationship between authoritarian civilising projects and the arts, state censorship, personalistic politicians, and the Brazilians’ gaze turned abroad, in search for clues about their national identity.