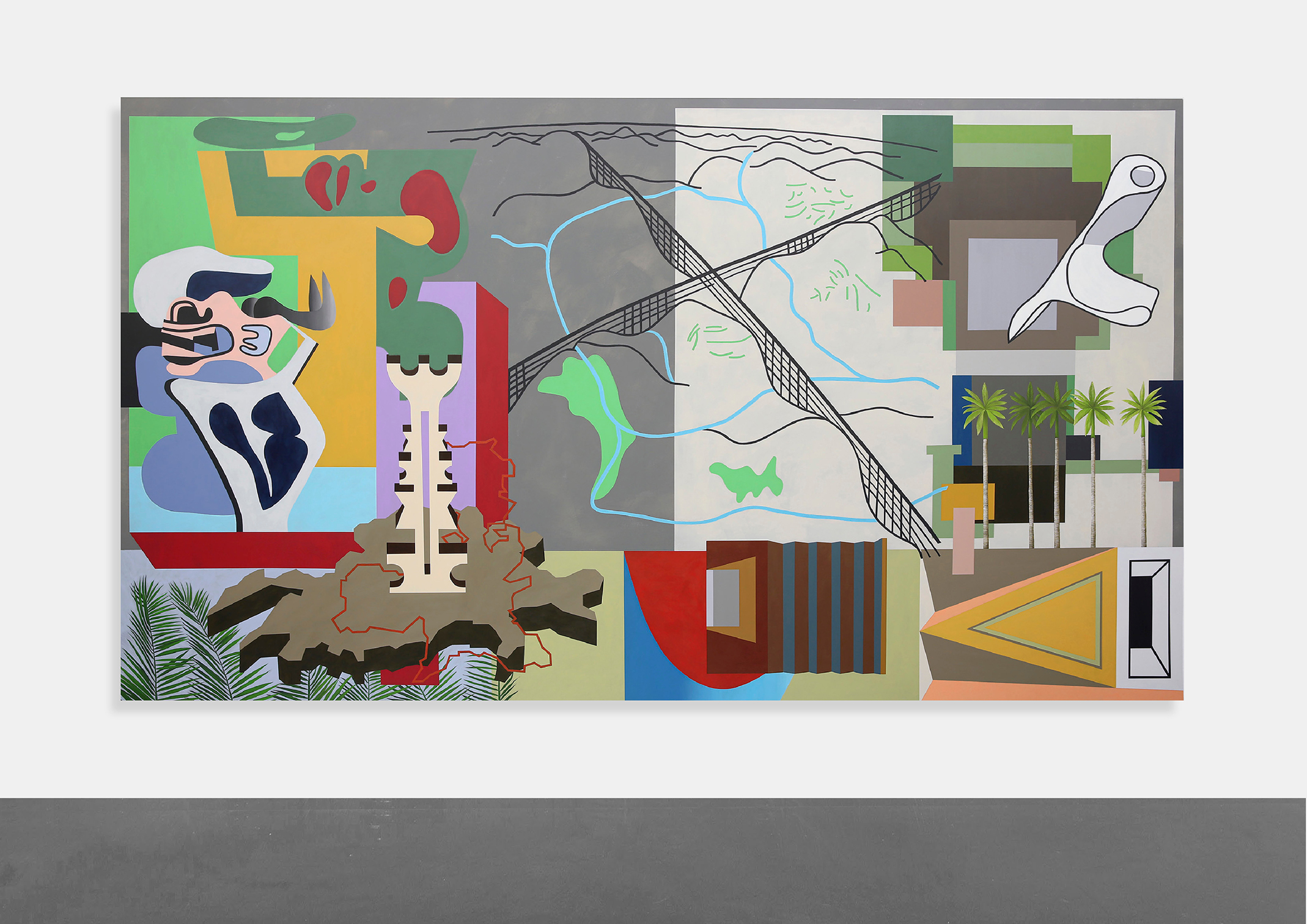 São Paulo is portrayed in a not too distant future. Water is scarce, the heat is unbearable, garbage clogs the city and the System and its omnipotent power rules its subjects’ every movement and thoughts. That’s the plot of the book Não verás país nenhum (You will not see any country). This classic novel of dystopia published in 1981 by the Brazilian writer Loyola Brandão is the ground motif for this painting.

Despite being a work of fiction, the book is frighteningly close to today’s reality. We are now very distant from a past full of optimism and promises, and rather at a scenario of economical, social and environmental collapse. To explore ideas for the future, I start from a particular point in the past of the city of São Paulo when, even if briefly, one envisioned what the modern city and society should look like.

This painting investigates Le Corbusier’s urban hypothesis for the city of São Paulo, made during his trip to Latin America in 1929. The city planned for São Paulo by Le Corbusier is depicted in the image of an ‘X’, formed by two habitable viaducts. Its tops are aligned with the level of the highways in order to free the rivers, protect green areas from deforestation and prevent a major social integration crisis.

The central figure in the painting is Le Corbusier’s drawing for the city. You also see side by side, the central city square landscaping, current maps of São Paulo, sculptures by Brazilian artists and parts of Le Corbusier paintings that resembles São Paulo’s architecture of the 30s.

Le Corbusier’s plan could not be more different from the São Paulo that was built. The painting You will not see any country propose reviewing the choices of urban models made in the past and then to consider the values and issues of the current generation while imagining possibilities for the future.