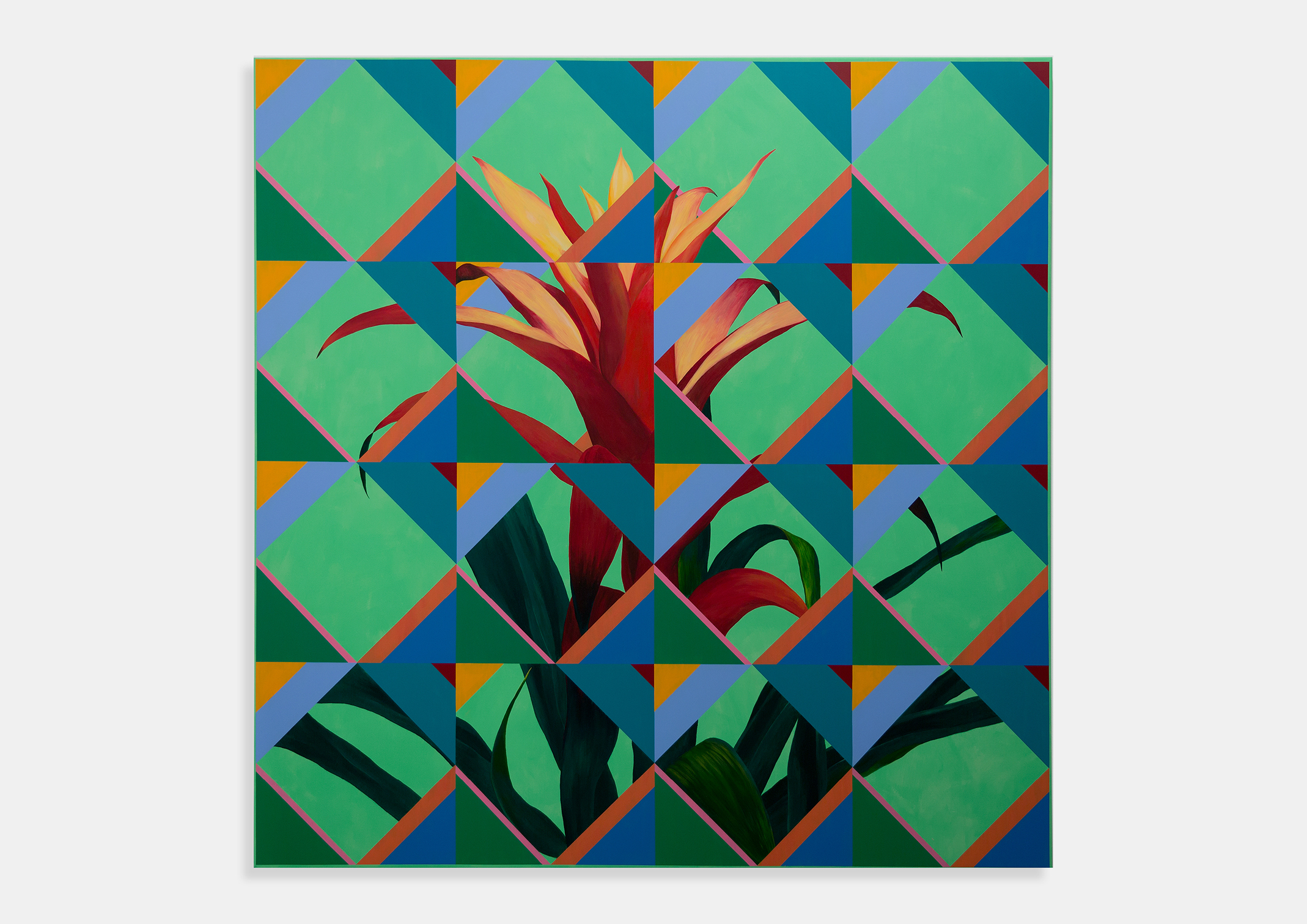 The large-scale acrylic paintings embody the distinct languages of figuration and abstraction. The vegetation negotiates the canvas with geometric patterns that quotes Max Bill’s paintings. These works, with its colorful pallet raise the discussion on tropical exoticism and at the same time the historical role of painting in these dialogs.