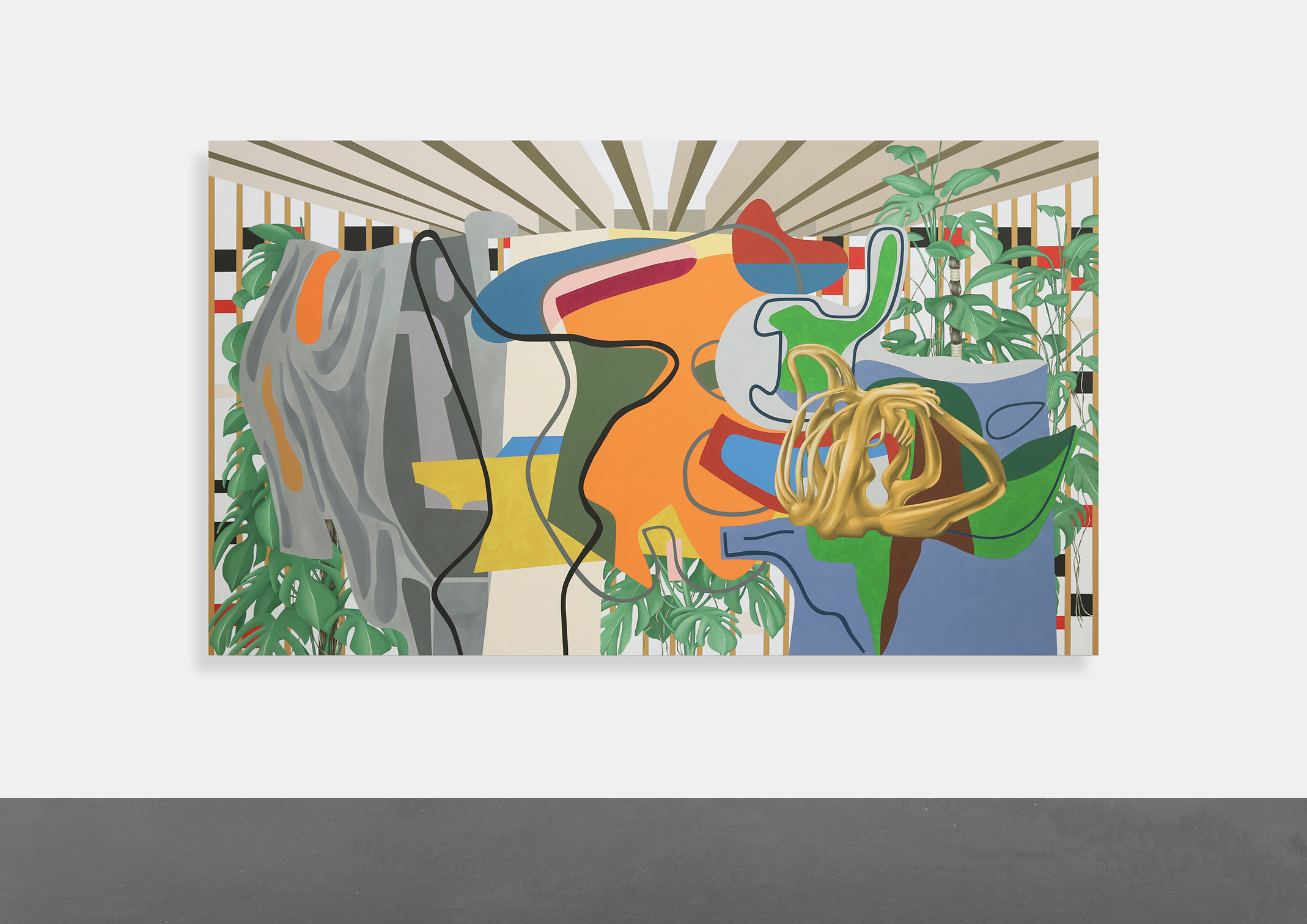 In October 2020, the now former minister Ernesto Araújo said that if Brazil’s current foreign policy “makes us an international pariah, then let us be that pariah.”

Araújo’s speech exposed the country’s isolation on the international geopolitics, and also that this positioning has not been happening by accident, but as a voluntary project by Bolsonaro’s government.

The Brazilian national diplomacy, that has known moments of glory, is now marked by the pandemic’s conduction, by the antagonisms against China, the little concern with neighboring countries and also by its position as an environmental villain. Today, no nation of Brazil’s stature has such a bad reputation in the world.

In contrast, the Itamaraty Palace, where the Ministry of Foreign Affairs of Brazil is headquartered, is considered a masterpiece of architect Oscar Niemeyer. The painting The year Brazil became an outcast condenses architectural elements of the Palace, the garden by Burle Marx and works by Maria Martins and Athos Bulcão.